Filipino Snacks from Our Childhood 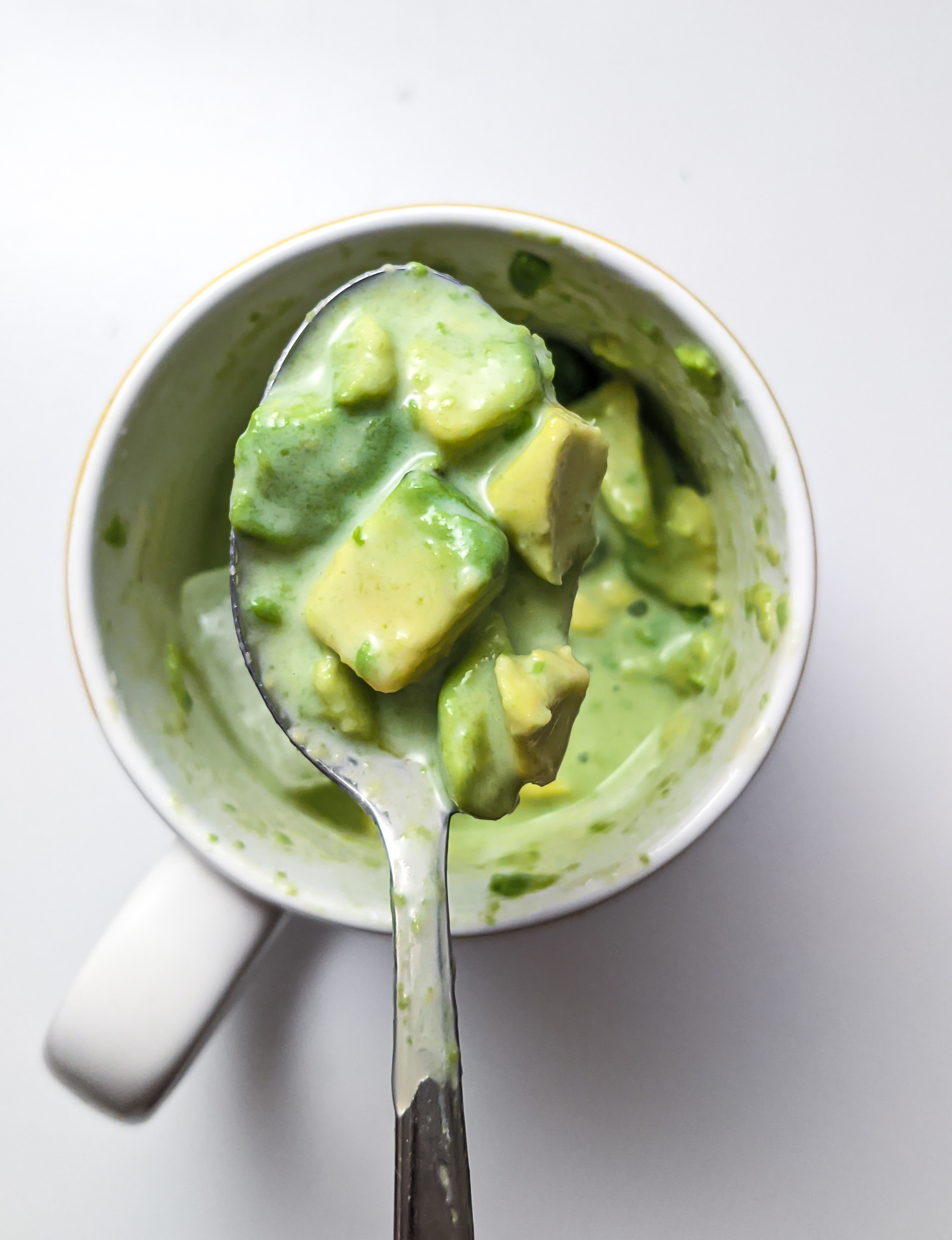 Food is the one thing everyone talks about when reminiscing their childhood. In our household, we ate four times a day: breakfast, lunch, merienda, and dinner. Each meal included rice, but today, we are not sharing snacks involving rice. Today, we are sharing the addicting bites and peculiar combinations we would eat during merienda.

You know those people who are obsessed with Flamin’ Hot Cheetos? Consider Boy Bawang the Filipino version except it is not an alarming red color. It is also not overly-dusted with “flavored dust”, so you won’t find your fingers thickly coated after snacking. Instead, this corn snack is lightly covered with enough garlic flavor for the average garlic fanatic, but not too much that it overpowers a non-garlic lover’s taste buds.

Of course, let’s not forget about the CRUNCHINESS. I don’t know about you guys, but it’s hard to find a snack with the perfect flavor and texture synergy. Boy Bawang, however, nails it on the head.

This is a pretty popular snack in the Philippines, so you should be able to find it at your local Asian grocery store. If you do find it, I recommend getting a big bag or 2 bags because you will eat this fast.

highly recommended for garlic lovers & those who love chips or popcorn

Japanese Yan Yan snack that is so hard to get the chocolate-stick ratio right.

Now don’t come at me just yet, I am aware that Yan Yan is a Japanese snack. But in the Philippines, these were incredibly prominent in our childhood. I don’t think there was any other popular chocolate dip snack when we were younger. Nonetheless, this was and is a huge Tejada favorite. I am not going too deep into this because out of all the snacks we have listed on here, you most likely tried this one. We just had to include it because we love it so much (especially our brother, Rayan).

I still struggle with the stick to chocolate ratio though….

Pandesal is a classic Filipino bread roll that you can have for breakfast or snack. As a snack, my parents took this one step further. My mom enjoyed dipping her toasted pandesal into hot Lipton black tea while my dad enjoyed it with a glass of Coca Cola. I first tried it with tea, so when I eventually tried it with Coca Cola, I was definitely shook.

Yet somehow, the flavor of the Coca Cola works. Of course, this won’t be everyone’s cup of tea (see what I did there). So I recommend trying this first with Lipton black tea with milk before Coca Cola. If you are feeling adventurous, try it out with Coca Cola!

However, if you are like Rasha who does not enjoy dipping things into their drinks, this snack combination will not be for you. If you also don’t like soggy bread, this won’t be for you. So if this sounds like you, at least proceed with caution! It won’t be that bad though, I promise.

Highly recommend for those who enjoy bread and tea together

I. Love. Vinegar. I love putting vinegar on my tapsilog, lumpia, tocino, loganisa – everything. Chicharon is just another one on the list.

Here’s the thing though… I am a big baby when it comes to biting big things that are kind of hard like chicaron. But once I saw my dad dipping chicharon into vinegar, I knew it was something I had to try. I mean, how else am I supposed to soften it up, right?

If you want to take it further, dip chicharon in Filipino spicy vinegar. If not, you can concoct one by infusing it with garlic cloves, black peppercorns, ginger, bird’s eye chiles, sugar cane vinegar, and fish sauce.

So if you love chicharon but find that it hurts your gums or teeth, try dipping it in Filipino vinegar like Datu Puti!

One of the weirdest combos a non-Filipino would come across in Filipino culture would be a sour green mango and bagoong (shrimp paste). The key to this snack combo is the mango – it must be sour. Not the sweet, yellow mango you usually grab at grocery stores in the U.S, but the sour green and dry mangoes.

I first had this snack when my family was in the Philippines for Christmas. My cousins were sitting in front of their house with a whole lot of sliced green mangoes and a bowl of bagoong. They urged my sister and me to try it. My sister loved it instantly. In my case, it took me a while to like it because I am not the biggest fan of sour and tart flavors. However, the pairing with bagoong balances out the sourness making it a great savory and sweet snack.

Unfortunately on my end, I literally searched the ends of Northern Virginia and could not find the green mango. Instead, I’ve included a picture of what this snack combo looks like courtesy of Market Manila.

This snack was introduced by Mama Tejada. Like all kids, we wanted to know what our mom was eating in the living room as she watched TV. We saw glimpses of green and we knew it’d be something sweet. So we asked her, “what are you eating, mom?” She said “avocado ice cream.” We peered into her mug and did not see what we would call ice cream.

Because we weren’t picky, we didn’t question it any further and asked “can we have some?”

First, she puts 4-5 ice cubes into a mug. Second, she cubes an avocado into the mug followed by a generous amount of condensed milk. She then hands us the mug and a spoon and instructs us to mix it like Halo-Halo.

That’s it. Ice cubes, avocado, condensed milk, and give it a mix. You’ve made avocado “ice cream” – a creamy, cold snack on a hot day.

HIGHLY RECOMMEND FOR SWEET TOOTHS WHO WANT TO TRY SOMETHING NEW

If you are not Filipino, you probably heard of Bao – the Chinese steamed bun with a delicious meat filling. If you are Filipino, we know our Chinese-influenced version Siopao. The most common bao you come across is Char Siu Bao, which is essentially pork. Because of its Chinese influence, Siopao is commonly filled with pork. However, because of Spaniard influence, Siopao with adobo-esque shredded pork is called Siopao Asado. Despite the simultaneous Chinese and Spanish influences, the flavor of Siopao is 100% Filipino.

When I was growing up, the best time to eat Siopao was right after school a couple of hours before swim practice. You take one out of the fridge or freezer, wrap it in a damp towel, and microwave it for 1 minute and 30 seconds. Et voilà – a hot pork-filled bun to rejuvenate you after school.

HIGHLY RECOMMEND FOR THOSE WHO WANT TO TRY SOMETHING LIKE BAO, BUT FILIPINO

If there is anything Filipinos love doing other than food, it’s combining two words into one. In this case, we have custard (leche flan) + coconut macaroon = custaroon or lecheroon.

Essentially, this snack lets you enjoy two snacks in a single bite. You get the smooth, creamy texture you enjoy in leche flan and the ever so slight crunch from the desiccated coconut found in macaroons. Like, look how cute and smol they are!

If you love either leche flan or coconut macaroon or even both, GIVE THESE A TRY! It’s a must.

HIGHLY RECOMMEND FOR EVERYONE UNLESS YOU DON’T LIKE COCONUT

Just like Filipino cuisine, you will find all sorts of influence from other countries in the snacks we grew up in. This means that some of these will pique your interest, some may even disgust you. Whatever side you find yourself on, each of these snacks are worth trying at least once. I mean, besides the bagoong, these aren’t scary, right?!

Which snacks will you try?

For all our filipino american history posts, click here.