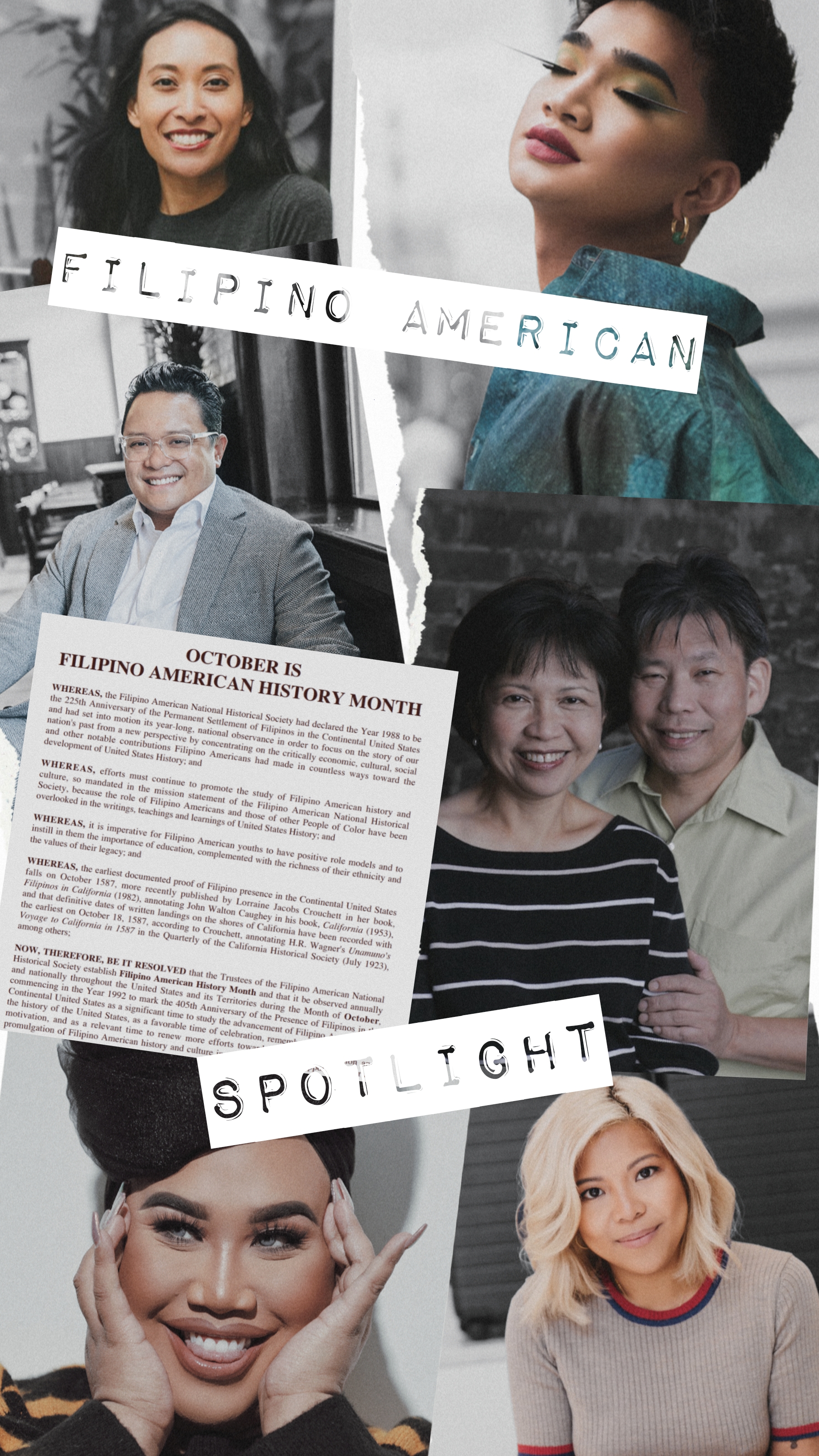 Speaking of crazy, you would not believe how many Filipino Americans are not aware of their history. Heck, we’re guilty as charged! Thankfully, there is a whole month to raise awareness of the unsung Filipino American heroes and heroines across the nation. But first, what exactly is Filipino American History Month? When did it start? Why do we even need it?

What is Filipino American History Month?

October was chosen to commemorate the first documented landing of Filipinos in the continental United States on October 18, 1587. It also happens to be the birth month of Larry Itliong, a Filipino American labor leader whose history we highly recommend reading up on.

As the original proposal states, we celebrate Filipino American History Month in October because it is a:

“… Favorable time of celebration, remembrance, reflection and motivation, and as a relevant time to renew more efforts towards research, examination and promulgation of Filipino American history and culture in order to provide an opportunity for all Americans to learn and appreciate more about Filipino Americans and their historic contributions to our nation, these United States of America.”

As mentioned before, we will be dedicating a blog every Monday October to FAHM. To kickstart, we want to spotlight Filipino Americans who are business owners, actors, beauty influencers, music producers, authors, and more. There is a plethora of notable Filipino Americans so we’ve handpicked the few who need a little more shine. Those we listed below are also Filipino Americans we personally follow and admire.

Sandro Roco founded Sanzo in 2018 with the idea of bringing traditional Asian flavors to the forefront. It also happened to be the year of the sparkling water boom where U.S. sales reached $2.2 billion according to Nielsen. In the best way possible, Sandro honors the beauty and deliciousness of calamansi, lychee, and mango through his sparkling water business.

After moving from Northampton, Massachusetts to the concrete jungle for university, Eliza always found herself needing some form of nature in her surroundings. Little did she know, this would lead to creating the first ever direct-to-customer houseplant brand that delivers so much happiness to people’s homes.

Due to an unfortunate mishap at the airport, Jen and business partner Steph Korey decided that it was time to provide luggage that was affordable and high quality. Away not only grew to be a leading luggage retailer, but also a strong voice in the travel industry with its Airplane Mode podcast, Here digital magazine, and The Places We Return To book.

Filipino Americans in the Kitchen

Ages before Filipino was the next big thing in the food scene, Amy Besa and Romy Dorotan were already running their hip (now closed) restaurant Cendrillon. Along with their book Memories of Philippine Kitchens, the couple has been sharing the stories contained within Filipino food through their restaurant Purple Yam in New ork City. Today, they also have a location in Manila, Philippines called Purple Yam Malate.

Ever since she was entrusted with preparing rice for dinner in her family’s FIlipino, Romanian-Jewish household, Leah constantly found her self in the food scene. It wasn’t until after her year from traveling to the Philippines and Thailand that she finally had the first-hand knowledge needed to open her restaurant Pig and Khao in 2013.

After working in multiple fields and unfulfilling jobs, Miguel Trinidad decided to pursue the culinary route by attending the Institute of Culinary Education in NYC. However, what really sparked his successful culinary journey was his 3-month stay in the Philippines where he fell in love with its multicultural cuisine. Today, he is the proud owner of Maharlika, Jeepney, and the author of I am a Filipino, a Filipino cookbook.

Immersed in Filipino culture and cuisine while cooking in the kitchen with his mom, he started restaurants all over the country with his distinctive Asian-American cuisine and also competed in Cooking competitions like Top Chef and Chopped. He wrote his cookbook Asian-American: Proudly Inauthentic Recipes From The Philippines To Brooklyn and founded Food Crush Hospitality with his partner, Agnes.

With his immigrant parents wanting a practical and steady job for Patrick, he was set on becoming a nurse. However, during his nursing undergrad, he worked at MAC and his love for makeup grew. When he could no longer work at MAC and wear makeup, he decided to start his own YouTube channel where he could make it his own. His makeup empire now includes his own beauty brand: ONE/SIZE.

Bretman Rock is an openly gay makeup artist and influencer whose media empire got him on the Forbes  30 under 30 list for Asia. His younger sister, Princess Mae (an influencer as well), is sometimes featured in his content; a hodgepodge of lifestyle, comedy, with sprinklings of Filipino culture. Bretman and Princess made a Q&A video while eating Jollibee… A+ content.

An actress, dancer, model, musician, and comedienne that created a social media empire. Liane V started on youtube sharing her music and vlogs which frequently features her adorable Filipino parents in lots of dance numbers.

Supermodel and Trans Rights Activist. Rocero is also the founder of Gender Proud, a media production company that shares the stories of trans people all over the world.

Taught by her DJ father, NOODLES broke the rules on what a successful Filipino should look like. Since early on in her career she has toured with Khelani, an up and coming R&B artist. Solo, she mixes at countless festivals all over the nation and designs her own merchandise line: Send Noodz.

Aside from being a member of the Black Eyed Peas, Apl.de.ap started the APL foundation to empower Filipino youths for careers in the arts and technology.

Ramon Ibanga, Jr., produced for top artists like J.Cole, Kanye West, Ariana Grande (just to name a few) as well as music for the Hamilton and Moana soundtracks. This musical mogul is also an educator, he set up workshops and consulting services for emerging producers.

A broadway powerhouse. You may even recognize her singing talent as both Jasmine and Mulan from Disney. She was also appointed as a Goodwill Ambassador for the United Nations Food & Agriculture Organization.

Dr. Nadal is the author of Filipino American Psychology: A Handbook of Theory, Research, and Clinical Practice and Queering Law & Order. He is also Vice President of the Filipino American National History Society (FANHS)

In addition to his aspiration, Tony is a motivational speaker, DEI consultant, poet, and cultural broker.

This data-driven platform is directed by three FilAms: Leo Albea, Kristine De Los Santos, and Grazian Morena. ODM studies the relationship between people, media, and influence to disrupt the stereotypical dialogue and representation of FiliAms and empower FilAms to reclaim the narrative.

Want to dive more into this rich history? Follow FANHS, a community-based organization that documents Filipino American history and an informational resource on Filipino Americans. They have several chapters all over the nation and are committed to preserving and sharing Filipino contributions to America.

“That’s one thing I pride myself on, that I’m Asian. All I really know is my Asian heritage.”

MAKE SURE TO FOLLOW OUR BLOG TO SEE OUR UPCOMING FILIPINO-AMERICAN HISTORY POSTS!